NTPC Group has an installed capacity of 7970 MW in the state of Bihar and another 1980 MW is under construction.

Barh has total installed capacity of 3300 MW out of which 1320 MW is already under commercial operation since Mar’ 16.

To accelerate the development of the Power sector and increase the availability of power and cost efficiencies for the larger benefit of people in the State of Bihar, the state government had transferred Barauni Thermal Power Station to NTPC Ltd on 15.12.2018

As part of its CSR initiatives, NTPC has taken up many Community Development (CD) activities in the state of Bihar. These activities are primarily focussed in the area of Education, Health, Infrastructure development, drinking water, sanitation, Skill Development/ Vocational Training programmes, support to Physically challenged persons, etc. Further, various community development activities are at different stages of implementation in neighbouring villages of its projects. NTPC is also setting up a special burn unit at AIIMS Patna and constructing ITI in the Aurangabad district.

NTPC, a MAHARATNA Company of Govt of India, presently has an installed capacity of 67907 MW (including JVs/subsidiaries) and plans to become a 130 GW company by 2032. 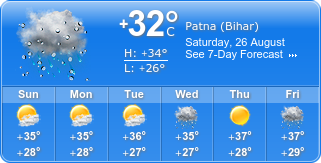